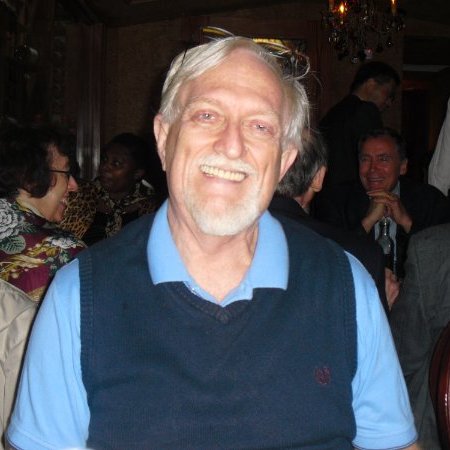 Lehman College is deeply saddened to announce the passing of David Carroll Fletcher, a longtime faculty member in the School of Education. Fletcher was part of the Lehman family for over two decades and served as an assistant professor in the Department of Middle and High School Education. Fletcher died at his home in Mount Vernon on September 12 at the age of 73.

The following tribute, composed by friends and loved ones, was provided to the College:

A native of Brevard, North Carolina, Fletcher was a respected educator, scholar, and activist who fought for human rights and justice. He was known for his calm demeanor, charming personality, and melodic Southern accent.  During his 24 years at Lehman College, he served as an assistant professor in the Department of Middle and High School Education; department chair; and coordinator for programs in English Education, Technology in Education, and Human Rights and Restorative Justice in Education.

Fletcher tirelessly devoted his life to serving individuals and communities. His was a life of doing, and his actions reflected his beliefs and convictions. He had a deep commitment to education and social justice. He was a co-founder of the School for Community Research and Learning, a small high school on the Stevenson campus in the Bronx. His love and support for students there encouraged many of them to attend college and graduate from CUNY, SUNY, Ivy League institutions, and other private universities. Today, there are writers, teachers, nurses, EMTs, scientists, small business owners, and community activists who owe their success to his mentorship. He was also a long-time board member with the Bronx Community Health Network and was an active member of the Lehman Chapter of the Professional Staff Congress of The City University of New York.

Fletcher completed his bachelor’s degree at Appalachian State University. After working four years as an educator for neurodivergent children in North Carolina, earned a master’s degree from the University of Michigan.  He completed his Ph.D. in education at New York University in 1998. He soon joined Lehman and worked to develop strong and meaningful relationships between schools and community organizations that could support and sustain the development of healthy learning environments for children and their families. Fletcher was guided in his work by the Quaker values of simplicity, equality, and the sanctity of life.

During the last decade, he embarked on a new phase of his career—studying, teaching and practicing restorative justice as a means of healing and restoring teachers, students, schools, and communities. As an anti-racist educator, Fletcher led the School of Education’s ad hoc anti-racism group, which inspired each department to form its own anti-racism working group. He was a founding team member and the Board chair of Community Change, Inc. and CareerVisions, NY and was instrumental to the success of both organizations.  A former advisor to Lehman’s queer and trans student group, he recently completed a video interview on the history of queer and trans activism in the Bronx. Informed from his experience growing up in the southern United States, Fletcher embodied the fight for equity and social justice in anti-racism and other anti-oppression work.

Fletcher loved to travel and did so widely. As a young man he hitchhiked and bussed his way across Europe, Afghanistan, and India. He loved spending summer at the beach in North Carolina, swimming daily in the ocean. During the academic year he frequented Lehman's pool. He loved to cook and entertain. Dinners at his house were sumptuous, often including mouth-watering Southern recipes.

He is survived by sisters Sharon Fletcher Kirby, Laura Fletcher Cassell, brother Jerry Fletcher and preceded in death by his parents Carroll and Sally Fletcher, brother Richard Fletcher and sister Kathy Fletcher. He is also survived by several nieces and nephews and many close friends and colleagues at Lehman and beyond. An online memorial is planned for later in the fall. Those who would like to attend may email: dcfmemorial@gmail.com