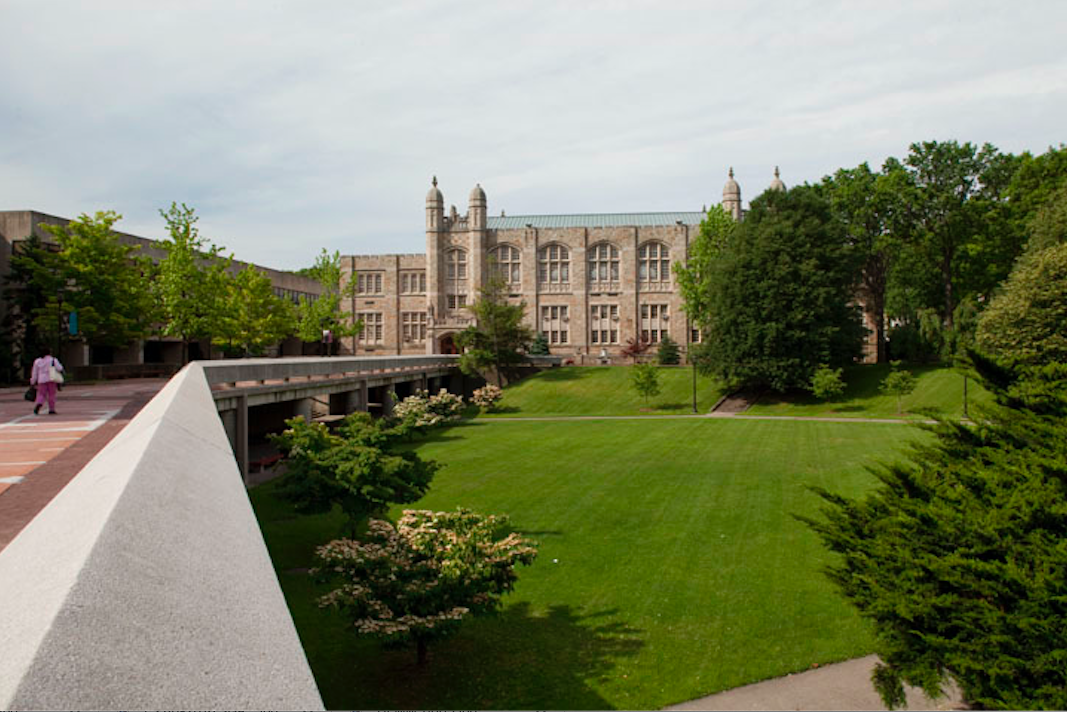 Lehman College’s strong track record for producing Fulbright award winners during the 2019-2021 academic years has led to new recognition from the U.S. Department of State’s Bureau of Educational and Cultural Affairs, which named it one of 35 Fulbright Hispanic-Serving Institution Leaders at a national education conference today.

The inaugural designation recognizes HSIs that have demonstrated noteworthy engagement with the Fulbright program, the state department's flagship international educational exchange initiative, and successfully promoted its opportunities on campus. The Bureau said the status reflects the state department’s commitment to building diversity and inclusion within Fulbright and its other international exchange programs.

“I’m very proud of the success we’ve had connecting students and scholars with intercultural, global opportunities through the Fulbright Program,” said Lehman College President Fernando Delgado. “Those transformative experiences enrich the award winners, as well as our campus, with a wealth of knowledge and new perspectives to help inform Lehman’s work as a catalytic center in the Bronx.”

Lehman was one of seven CUNY schools to earn the distinction.

The Fulbright U.S. student program gives graduating college seniors, graduate students, early-career professionals, and artists a chance to study, teach, or conduct research abroad. The U.S. Fulbright scholar program affords similar opportunities for college and university faculty members with a Ph.D. or equivalent terminal degree. Past Lehman College student winners have studied in countries such as Uruguay, Mexico, and Spain, while faculty winners have conducted research in Taiwan and Colombia, among other locales.

Last year, for the second year in a row, Lehman College was named a “top producer” of U.S. Fulbright students by the Bureau. Adding to the prestige of the designation, the department also recognized Lehman as a top producer of Fulbright scholars—faculty whose work has also been recognized and supported by the Fulbright program. Only 16 other institutions across the country shared this dual designation for the 2020-2021 academic year.

Speaking on behalf of the Bureau, Deputy Assistant Secretary of State for Academic Programs Ethan Rosenzweig thanked college leaders for “creating a campus culture that celebrates the mission of Fulbright and international exchanges” and epitomizes “the principle that mutual understanding between peoples of the United States and other countries will lead to a more just and peaceful society at home.”

He also praised the faculty and administrators who recruit, advise, and support future Fulbrighters throughout the application process. "Your work epitomizes the values of why we all come to our jobs each and every day…to ensure our students have every opportunity to excel beyond goals they may not have believed were ever obtainable,” he said.

At Lehman, the Fulbright U.S. student program is administered by the Office of Prestigious Awards, which prepares and advises students for awards opportunities and other funding competitions that support their scholarly engagement beyond the classroom. Michelle Augustine, the OPA’s director since 2015, is herself a Lehman College graduate (’06) and former Fulbrighter who traveled to Turkey for her fellowship.

“Prestigious awards like the Fulbright impact our students’ lives immeasurably,” she said. “Our students return home with more confidence and a clearer vision for their futures—and after graduation, they are even more competitive in the job market.”

This year marks Fulbright’s 75th Anniversary, and the Bureau has planned celebrations throughout 2021 to highlight the accomplishments and legacy of the program and its alumni around the world. For a showcase of Fulbright alumni, partner countries, and anniversary events, visit https://fulbright75.org.