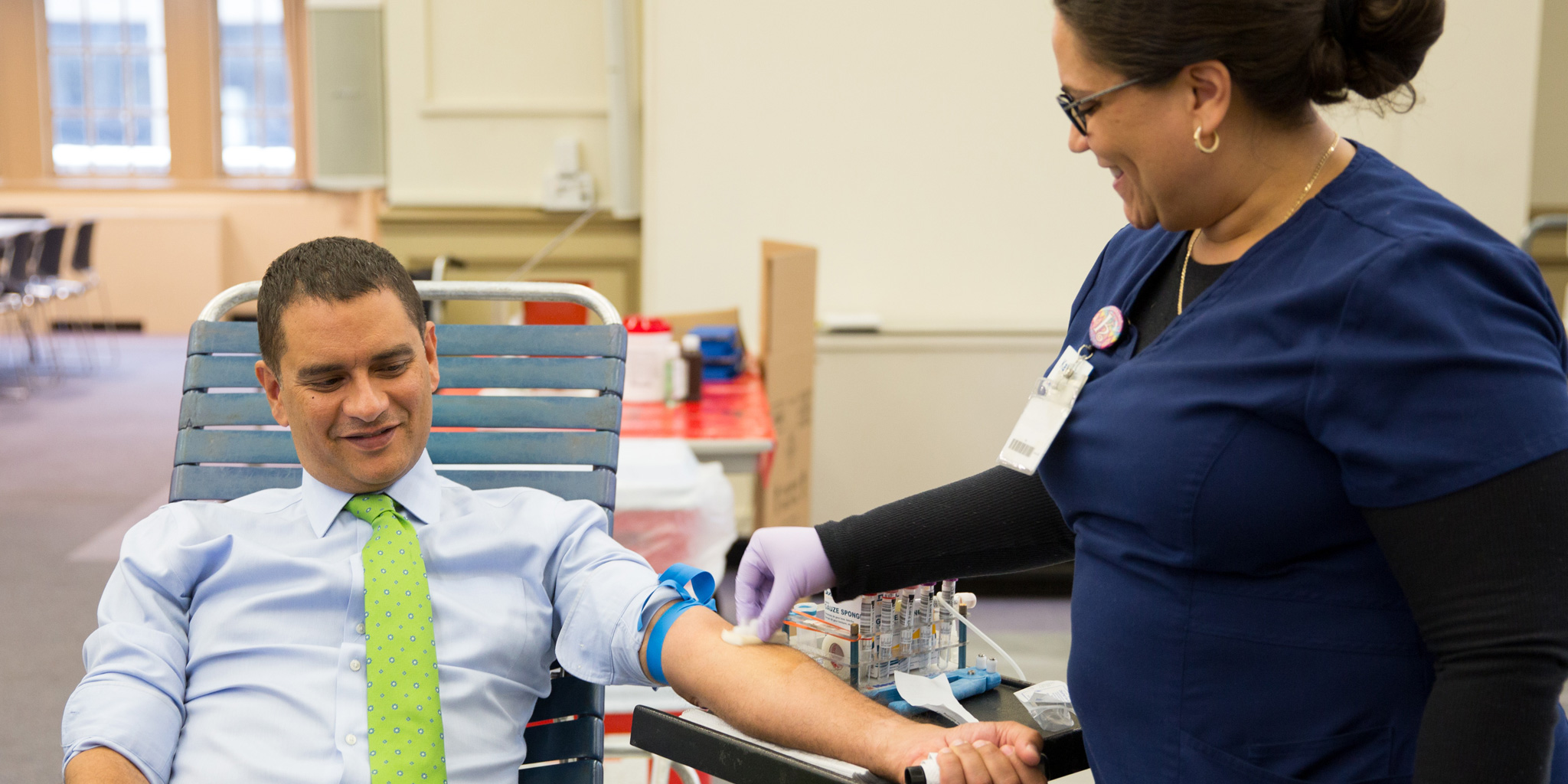 Looking to make a positive difference in somebody’s life in about an hour? How about rolling up your sleeves and giving "the gift of life"? Well, here’s your chance: Lehman College, in cooperation with the New York Blood Center, will be holding its Spring Blood Drive on Monday, April 16 from noon to 6 p.m. in the East Dining Room of the Music Building.

Cindy Kreisberg, director of the Student Health Center at Lehman, noted that blood donations during each of the last two drives at the College resulted in less than half of the total 120 units normally collected.

Lehman College hosts four blood drives annually, which corresponds with the strict 56-day waiting period between donations. It takes between 45 minutes and hour to take the pint of blood from a donor, which includes registration and refreshments when finished. (Depending on his or her body size, people average nine to 12 pints of blood in total.) Potential donors first fill out a questionnaire regarding personal health, lifestyle, and recent travel experiences before a short diagnostic screening assesses blood count, blood type, blood pressure and pulse. The actual donation takes about 10 minutes.

After the blood has been taken, donors are asked to spend some time relaxing in the canteen area, where they are encouraged to eat a snack and hydrate.

The 11 senior colleges, seven community colleges and six graduate, honors and professional schools that constitute The City University of New York "are very supportive" and contribute about 5,000 units of blood per year, said Debra Kleinman, New York Blood Center’s Manager of Business Development, during Lehman’s last blood drive in February. Of all the colleges in the Bronx, Lehman donates the most.

Maintaining the level of generosity at Lehman is important, too, considering that New York City's hospitals and medical center have a daily need of about 2,000 units.

"Every day is critical to the blood supply here," said Kleinman. "That’s why trying to increase awareness about this issue is so important, especially among young adults. Blood is not something that can be manufactured. The only way it can be given to those who need it is if someone rolls up a sleeve and donates."

Especially critical periods for the area's blood supply are post-holidays and the summer months. The local supply of some of the rarer blood types is only about three days' worth, Kleinman noted.

At the blood drive in February, Lehman College President José Luis Cruz was first in line to donate. "The importance of donating blood is clear: you always want to contribute to any cause that helps the lives of others," said Dr. Cruz. "And, in this case, you or a loved one may be a beneficiary of another person's kindness at some point. Finding an hour of time to donate can mean saving a life."

Also attending the blood drive last February was Adam Acevedo, 24, a senior majoring in education and a member of the Men's Swimming team; he's a regular who tries to donate blood a few times a year.

"I received a letter from a stranger a few years ago thanking me for my donation," said Acevedo. "After that, I knew this relatively small effort was actually a big deal."