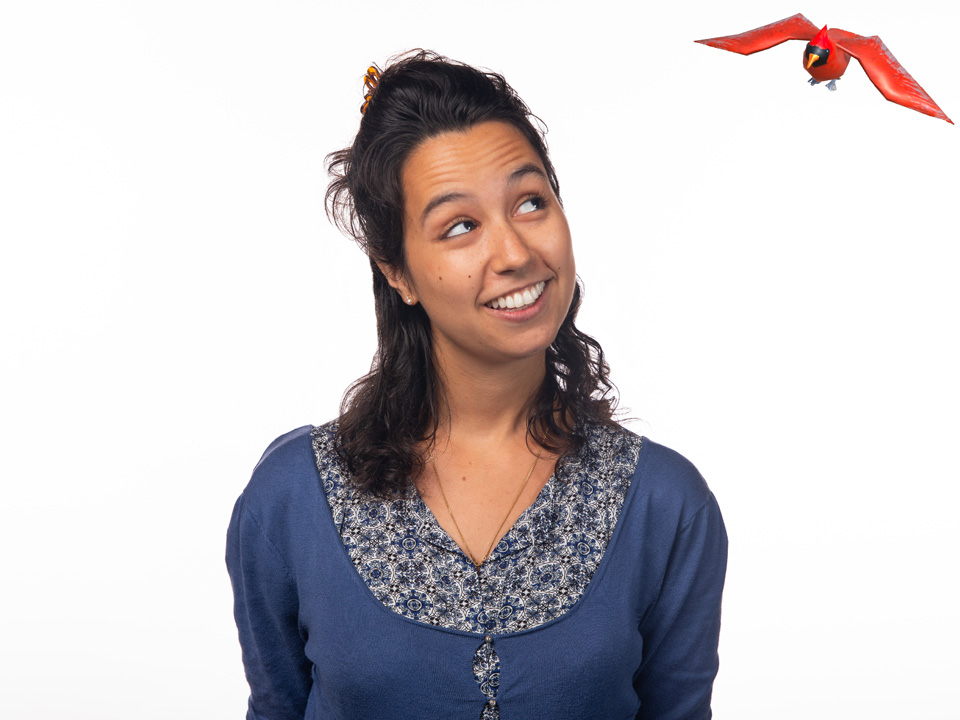 Combining her passion for storytelling with cutting-edge computer imaging technology, Cécile Ragot, a graduate from the first cohort of students at the Lehman College and EON Reality Virtual Reality and Augmented Reality Innovation & Training Academy, won a fellowship sponsored by Havas New York and NYC Media Lab to create an interactive history project on Governors Island in New York Harbor.

Ragot’s prize-winning project, titled “IslandAR,” premiered in September and allowed users of all ages to combine a piece to a puzzle at a station and or scan the puzzle piece using an app on smart phone at several specific key spots around 172-acre Governors Island, allowing visual images and pertinent stories to be uploaded, thanks to augmented mobile reality and geolocation applications. A busy film industry professional, Ragot even produced and directed a short film trailer about her project.

“This new technology has so much potential for presenting narratives and all kinds of information,” said Ragot, who applied for the Havas Fellowship competition and worked on her proposal while finishing up her VR/AR Academy coursework.

Initially, Ragot, who worked alone, was among the five teams of graduate students from CUNY, NYU, and The New School in the NYC Media Lab’s university consortium chosen to advance to the final, eight-week long competition with $5,000 to develop a prototype. The goal was to create a project that utilized VR / AR to highlight aspects of culture and history on Governor’s Island. Participants were given full access to the park and the Trust for Governor’s Island archives, along with 2-3 three weeks of additional mentoring from VR / AR professionals. Ragot also worked with different mentors from Havas, who helped her with tech, design and construction problems.

“After all of the theoretical information and different applications for VR and AR that we had gone over in class, I was really interested in doing something with what I had learned,” said Ragot. “The competition gave me an opportunity to use a good deal of what I had learned, from A to Z, in one project and truly understand the process of creating an AR prototype from the start to finish.” Ragot attributed the interest her prototype generated during a User Testing Session in September on Governor’s Island to two main selling points: young children like puzzles and teens are fascinated with AR.

Presently, Ragot splits her time between Manhattan and Normandy, France, where she grew up. After graduating from the University of Paris she received a master’s degree in film production from the Media Institute, also in Paris, before moving to the U.S. in 2009. Since some of her work in film focuses on set design, Ragot anticipates a time in the near future when VR / AR presentations will be useful in her field for pitching different imaginative ideas.