William M. Hoffman, Who Wrote the Pioneering AIDS Play ‘As Is,’ Dies at 78 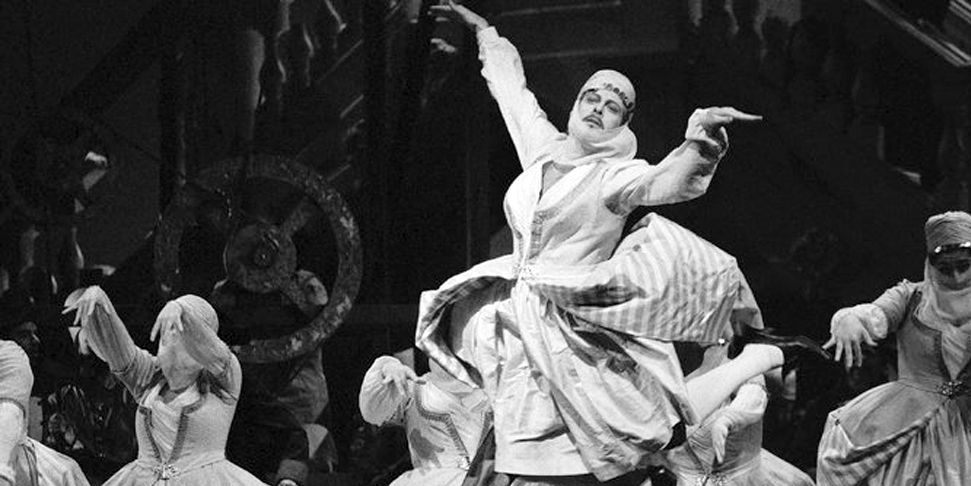 William M. Hoffman, Who Wrote the Pioneering AIDS Play ‘As Is,’ Dies at 78
By Sam Roberts

This article appeared on nytimes.com on Monday, May 1. A version of this article appears in print on May 2, 2017, on Page B13 of the New York edition with the headline: William M. Hoffman, Playwright, Dies at 78.

William M. Hoffman, whose epochal play “As Is” was in the vanguard of Broadway’s coming to grips with the AIDS epidemic and who wrote the groundbreaking libretto for John Corigliano’s opera “The Ghosts of Versailles,” died on Saturday in the Bronx. He was 78.

The cause was cardiac arrest, his husband, William Russell Taylor II, said.

Mr. Hoffman began his career as a book editor at Hill and Wang, where he published gay and lesbian playwrights in the “New American Plays” series and in the 1979 anthology “Gay Plays: The First Collection.” In doing so, he promoted the careers of Jane Chambers, Tom Eyen, Joe Orton, Robert Patrick and Lanford Wilson, among others.

He followed his success as a writer by teaching, as a professor of journalism, communication and theater at Lehman College of the City University of New York, and as the host of “Conversations with William M. Hoffman,” a regularly scheduled program in which he interviewed theatrical and musical personalities on the cable channel CUNY-TV.

In 1985, Mr. Hoffman’s “As Is” and Larry Kramer’s “The Normal Heart” “represented the opening salvo in the theatrical war against AIDS,” Prof. Roger W. Oliver of The Juilliard School and New York University wrote in The Juilliard Journal in 2010.

“As Is,” about a gay couple coping with the terrifying new pandemic, opened on March 10, 1985. It was produced by the Glines, a gay theater company, in association with Circle Repertory, and moved two months later to Broadway, where it ran for 285 performances and was nominated for several Tony Awards, including best play. It won the 1985 Drama Desk and Obie Awards for outstanding new production.

“As Is” is “very specifically about gay relationships, the problems that straights have in understanding and accepting gay sexuality, as well as the problems gays face in trying to deal with the disease that is destroying them,” Joel Shatzky wrote in a 1992 essay, “AIDS Enters the American Theater: ‘As Is’ and ‘The Normal Heart.’”

Mel Gussow wrote in The New York Times that Mr. Hoffman had “found exactly the appropriate tone for his subject, a dramaturgical equivalent of the title of the play.”

“He leads us to view the disease, its victims (actual and potential), and its survivors as is,” Mr. Gussow continued, “without a gloss of self-pity or sentimentality.”

Mr. Hoffman adapted the play for television in 1986, on the Showtime network, starring Robert Carradine, Jonathan Hadary and Colleen Dewhurst. Mr. Corigliano, the composer, and Mr. Hoffman, writing the libretto in English, took seven years to complete “The Ghosts of Versailles,” which the Metropolitan Opera had commissioned in 1980 to celebrate the company’s centennial in 1983.

It had its premiere at the Met in 1991 — the first new opera performed there since 1967, and the first by either of the collaborators. With a cast that included Graham Clark, Renée Fleming, Marilyn Horne, Hakan Hagegard, Gino Quilico and Teresa Stratas, it was a critical sensation.

Its central conceit: 200 years after the French Revolution, the playwright Beaumarchais is summoned to amuse the bored ghosts of the aristocrats who hover about the palace of Versailles and to use his drama to court the ghost of Marie Antoinette.

In 2016, “Ghosts” won Grammy Awards for best opera recording and best engineered classical album, for the Los Angeles Opera’s 2015 cast recording. During rehearsals for the Met’s performance, Mr. Hoffman began working on “Riga,” a play about the murder of members of his family in Latvia during World War II. The play, which focused on two gay men, one black and one Jewish, opened in Los Angeles in 1999.

“I’m trying to detoxify our culture,” Mr. Hoffman told The Los Angeles Times. “This play, I hope, becomes a mirror” in which people see themselves and the hatred that surrounds them.”

William Moses Hoffman was born on April 12, 1939, in Manhattan to Jewish immigrants from Eastern Europe. His father, Morton, was a caterer. His mother, the former Johanna Papiermeister, was a jeweler.

In addition to Mr. Taylor, he is survived by a brother, Edin Hoffman. He graduated from the Bronx High School of Science and earned a bachelor’s degree from the City College of New York, where he majored in English and Latin.

Beginning in the mid-1960s, he wrote a number of short plays at Caffe Cino and La MaMa Experimental Theater Club. In 1977, he and Anthony Holland wrote “Cornbury: The Queen’s Governor,” about Edward Hyde, Lord Cornbury, the reputedly cross-dressing colonial governor of New York in the early 1700s. (It was revived in New York in 2009.)

Mr. Hoffman was also nominated for a writing Emmy for the daytime soap opera “One Life to Live,” a title that captures how a character in “As Is” comes to grips with his homosexuality when he is struck with AIDS.

Recounting his struggle to overcome a lonely childhood, the character, a promising fiction writer named Rich, says, “I was so desperate to find people like myself I would look for them in the indexes of books, under H.”