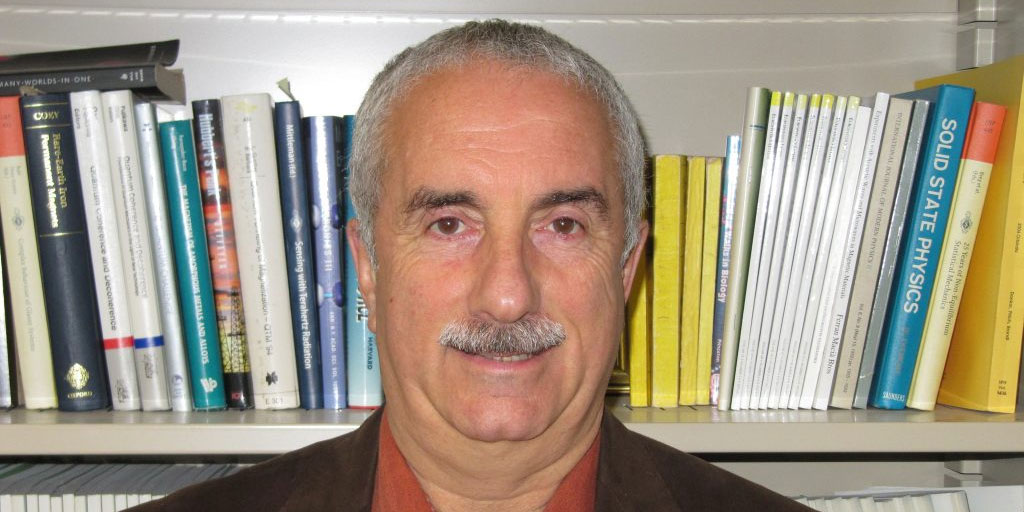 Professor Eugene Chudnovsky has dedicated much of his life to two disciplines: physics and human rights. Chudnovsky, a distinguished professor of physics at Lehman College and the CUNY Graduate Center, is also the co-chair of the Committee for Concerned Scientists (CCS), an international organization of leading scientists who monitor and document the “violation of human rights and scientific freedom of scientists.”

In a recent extensive radio interview with the Australian Broadcasting Corporation, (ABC) Chudnovsky, a theoretical physicist, discussed his human rights work as well as his own struggle as a young scientist who wanted to escape the Soviet Union in the 1970s and 1980s. In the Soviet Union, he was routinely harassed for his desire to emigrate, as well as his political activities, connections to Soviet political dissidents, and foreign scientists. He was even interrogated by the KGB who told ominously “Everything that is produced in your head belongs to the Soviet State.” They even claimed his published research should have been considered a “state secret.”

By the time Mikhail Gorbachev allowed Chudnovsky to leave the Soviet Union in 1987, he had not been permitted to work as a physicist for eight years. His exit was supported by a worldwide coalition of 80 scientists who had presented Gorbachev with a letter for Chudnovsky’s release. “They told me I had two weeks to leave,” he said. “A friend gave me $100 and I went to Boston.”

He arrived in the United States in 1987, took a teaching position at Tufts University, and came to Lehman a year later. Ultimately, it was Chudnovsky’s experiences in the Soviet Union that led directly to his human rights work, and which gave him an understanding of the “plight of scientists in other countries.”

His work has led him to conclude that the reason that scientists—and particularly physicists—are often the targets of repressive regimes is because they are “free thinkers.” He said: “Physicists have a free mind and once you think freely, you’re disturbing to authoritarian regimes. There are a disproportionate number of physicists in prison.”

Groups like the CSS help put pressure on governments to release scientists that have been imprisoned, or at least to provide a prisoner with better living conditions. “We are less under threat than we were 20 years ago,” Chudnovsky said about the plight of scientists. “Governments realize things get loud, very fast. If someone is imprisoned, colleagues organize.”

In recent years, Chudnovsky and the CCS have worked tirelessly to help secure the release of scientists imprisoned in Iran, Turkey, and China. After last year’s failed coup attempt in Turkey, thousands of university professors were fired and several hundred arrested.

As part of an ongoing CSS campaign, Chudnovksy is seeking the release of Serkan Golge, a NASA scientist and dual citizen of the U.S. and Turkey. Golge had been imprisoned in Turkey since last year, accused of being part of the coup attempt, a charge that the CCS calls baseless. His trial is scheduled for next month and in February, Chudnovsky and his co-chairs at the CCS wrote a letter to President Donald J. Trump to push for his release. “We trust that you will not abandon a U.S. citizen in trouble and will help achieve the release of Dr. Golge from prison and his safe return to the United States,” read the CCS letter.

His Australian interviewer asked if the United States might now become a hostile country for scientists under the new Trump administration. “Right now there is little danger in the U.S.A. to the freedoms of scientists,” said Chudnovsky. Funding might be decreased in some areas and people could lose jobs, but I don’t think scientists that oppose the government are in danger of being prosecuted.”

However, in a Washington Examiner op-ed piece he wrote last month, he criticized the Trump administration’s proposed travel ban for preventing students and scholars studying at U.S. universities from entering the country. “After foreign students return to their countries of origin, they are our best hope in fighting extremism and defending American values,” he wrote.

Chudnovsky believes helping a scientist get out of prison is what can galvanize younger scientists to become involved in human rights work. “It makes me happy when a scientist get released from prison,” he said. “Even happier than publishing meaningful results in a scientific paper.”