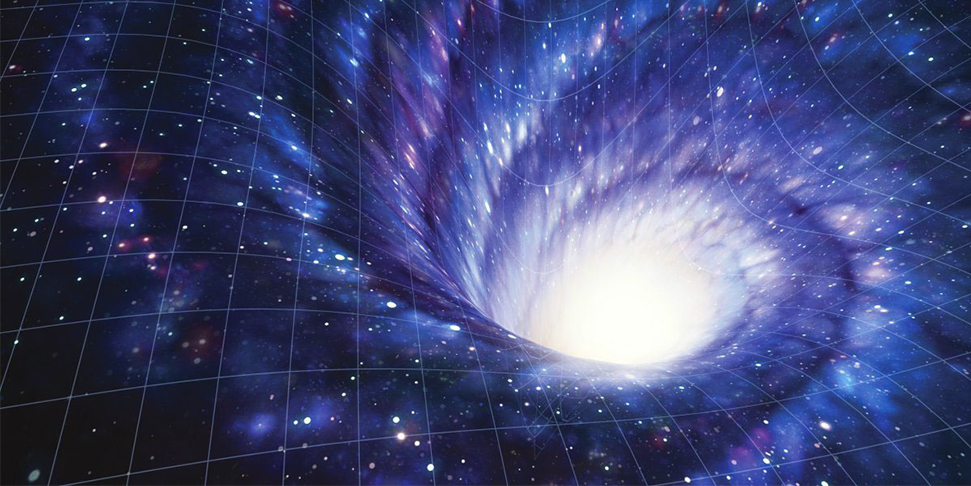 Morgan Freeman has been captivating audiences for decades, whether it’s on camera in films or with voiceover work in documentaries. But when the host of the popular Science Channel series Through the Wormhole needed audiences to be captivated by the mysteries of wormholes, he turned to Daniel Kabat, chair of the Physics department at Lehman College

Kabat stars in one of the final four episodes of the Emmy-nominated series, titled “Is the Force With Us?” (named in homage of the 40th anniversary of Star Wars). It focused on new research that asserts there are trillions of invisible connections in the universe which link both places and time. It originally aired on April 25 but can be viewed online here.

"I think it's important for every scientist to engage with the public…since the ideas we're developing are part of our common intellectual heritage and we have a responsibility to communicate them.” — Professor Daniel Kabat

Kabat, whose work looks at understanding quantum gravity including black holes, used a combination of scientific and everyday examples to make sense of wormholes for viewers. “I think it's important for every scientist to engage with the public in some way, since the ideas we're developing are part of our common intellectual heritage and we have a responsibility to communicate them to the public,” he said. “A show like Wormhole is a great way to do this.”

While he claims that math makes physics much simpler to grasp (“It's so much easier to explain science when you can write down a nice simple equation that captures exactly what’s going on!” he said), Kabat felt the writers and production team on Wormhole helped tremendously with images and analogies to explain wormholes. So for instance, in one scene the physicist is standing in his kitchen, only to disappear into a hole that opens in the floor. The next scene takes place seconds later and finds him emerging from another hole in a restaurant. Though it was achieved with camera tricks, it demonstrated the phenomena of wormholes, which are tunnel-life connections in space that make shorter distances possible between two distant areas.

Although it was his first television appearance, Kabat has long believed that teaching and TV could go hand-in-hand. “Keeping people interested and engaged works the same, whether you're in the classroom or on television,” he said. “In fact I've often thought that one of the best ways to improve teaching might be to give professors a little professional training as actors.”