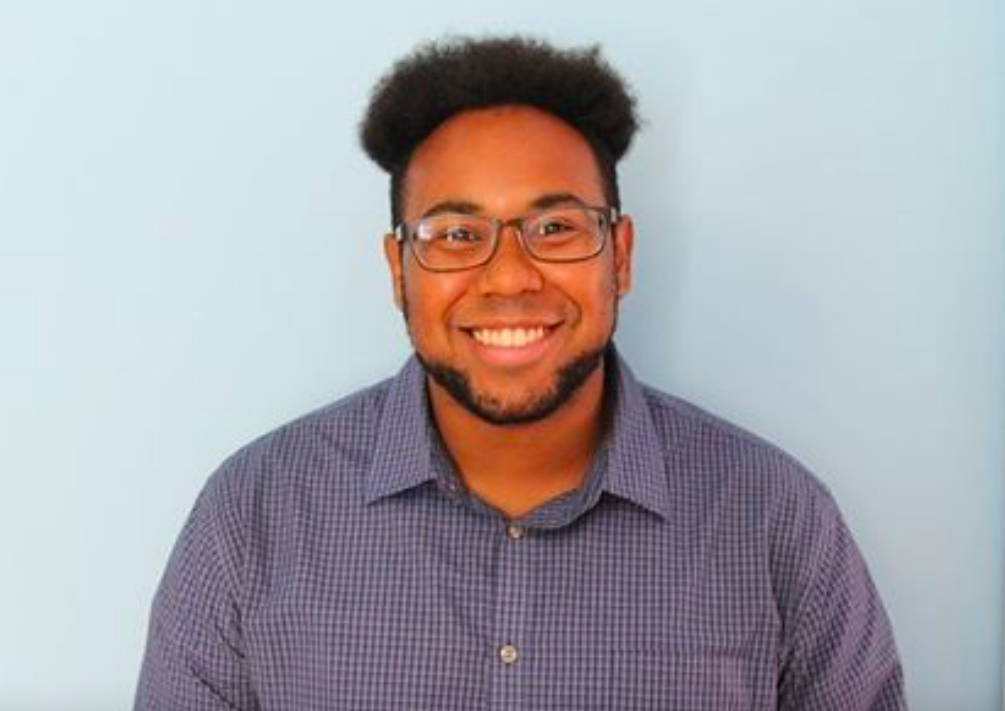 Jonathan Custodio '19 is proud to be Bronx born and raised, but this year, he’s trading Fordham Road for Pennsylvania Avenue.

An aspiring journalist, Custodio, 26, was recently named an inaugural member of The Politico Fellows, a competitive professional fellowship program. It offers four enterprising journalists a year-long, front-row seat in the political arena, covering stories about the presidency, the U.S. Congress, and the lobbying and media industries. Politico, a political news outlet founded in January 2007 and based in Arlington, Virginia, averages 26 million unique visitors per month to its U.S. website.

Since October, Custodio has been an intern in Politico’s New York office, where he contributes to daily newsletters about local developments and real estate and covers issues surrounding the 2021 New York City mayoral, comptroller, and City Council races.

“It’s bittersweet to be leaving the Bronx to go to D.C., but I’m definitely looking forward to doing big things,” he said.

He begins his new stint as a fellow in June. Politico Fellows receive $60,000 in compensation, as well as benefits, and will be invited for a full-time reporting role at the company upon successful completion of the program.

In a January 29 press release, Robin Turner, Politico’s director of editorial diversity initiatives, said the program “builds on our strong commitment to develop newsroom talent. … Our incoming cohort includes four very talented journalists, each with the demonstrated ability to lead teams, innovate and break news even beyond U.S. borders.”

Before attending Lehman, Custodio worked in retail and other entry-level jobs, work experience that proved useful in building up the skills he’d need as a reporter.

“I worked in a mailroom at Fox News for over a year. Then I spent some time working in retail and outdoor sales, including trying to sell makeup and hair care products to people on the street,” Custodio said. “Though I was terrible at it and got taken advantage of by businesses, those sales jobs served as crash courses in talking to people and handling rejection, which certainly helps me as a journalist.”

Getting serious about enrolling in college, Custodio enrolled first at LaGuardia Community College,  then Lehman, where he majored in journalism and studied under Assistant Professor Eileen Markey in the Department of Journalism and Media Studies. He graduated in December 2019.

Markey recalls Custodio as a student “full of initiative and self-direction.” “He sought out challenges and opportunities to grow, approaching unfamiliar situations with confidence and curiosity,” Markey said. “He will bring that same ambition and clarity of purpose to Politico, strengthening their newsroom and soaking up everything there is to learn. I am happy Politico was smart enough to snap him up. I look forward to seeing where his career takes him.”

Custodio is a member of the National Association of Black Journalists, which partners with Politico on the fellowship program. His work has been published by ProPublica’s Electionland project, which covered problems that prevented voters from casting their ballots during the 2020 elections, and the immigration online news outlet, Documented NY. Custodio has also worked as a reporting intern at The Chronicle of Higher Education, the Bronx community newspaper The Norwood News, and the Caribbean magazine Island and Spice.

The Pulitzer Center awarded Custodio a fellowship grant in 2018 to do groundbreaking bilingual reporting on Afro-Mexicans’ struggle for political, social, and cultural recognition, which, along with  decades of work by activists, led to a unanimous vote by the Mexican Senate of the Republic to ensure constitutional recognition for the disenfranchised community.

When asked what he would tell students interested in following a similar path, Custodio offered this advice: “Grow your networks and connect with people with common values,” he said. “Work on your craft and listen to the Lehman professors—they know how to guide you.”